(So Many!) Colour Wheels

I had  known what a colour wheel was since infant school,

but i became aware that it was more useful for something else, but what? it seemed quite difficult to find an answer. 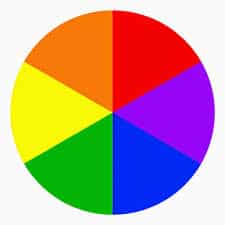 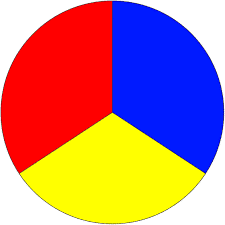 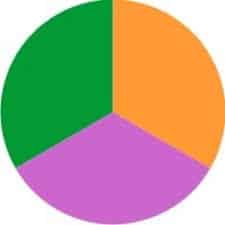 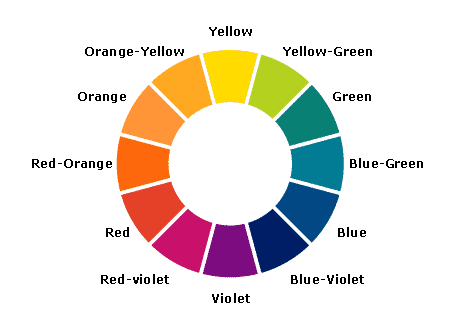 Mix a  primary and a secondary colour.

There are six tertiary colors;

So what do we do with the colour wheel?

1. We can find a colour's complimentary colour,

It’s ‘opposite’ on the colour wheel, for example red’s complimentary colour is green.

By placing green next to red in a painting the colours will ‘clash’ giving you maximum contrast. Therefore if you wanted a red house as your focal point in the painting you could surround it by green trees to give your focal point impact. 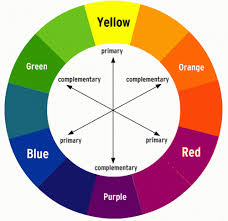 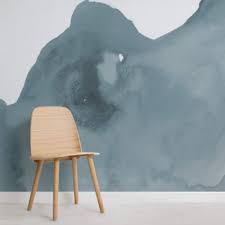 2. We can Neutralise a Colour,

If you want to neutralise a colour (grey it / tone it down) you simply add it’s complimentary colour.

So for example in landscape painting you might want to make a hill or a tree recede a little into the distance, you could simply add its complimentary colour.

The colour wheel can show which colours are warm and which are cool.

In a painting warm colours advance and cool colours recede giving the illusion of distance. 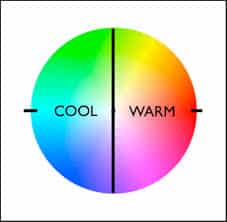 And of course you can just make beautiful greys, fabulous for colour contrast. By mixing 3 primaries or a primary and it’s complimentary colour.

Colour schemes are talked about quite often in painting and are a choice of colours,

In order to produce a harmonic painting it is a good idea not to use too many different colours from around the colour wheel ,

Below is an awesome video with John Pototschnik going into detail about colour schemes. He is an oil painter but the concept is the same for watercolour.

This is producing a painting using mainly three or four colours that are adjacent on the colour wheel. This gives the painting harmony avoiding colours that clash and avoids making muddy colours.

Three colours having a triangular relationship on the colour wheel.

Create a painting using three colours that are evenly spaced on the colour wheel.

It could be three primaries – red, yellow and blue 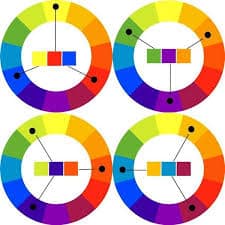 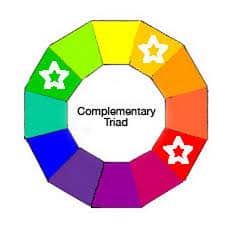 This is one colour and the two colours that are adjacent to it’s complimentary colour. 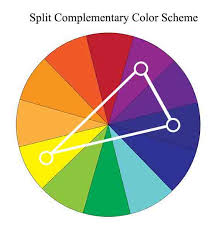 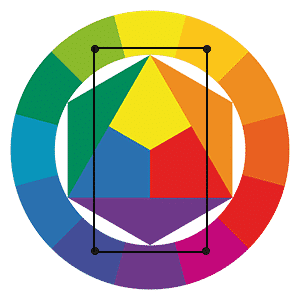 Choosing four colours around the wheel. 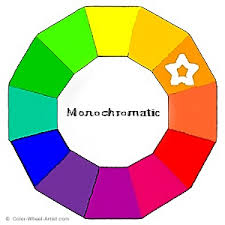 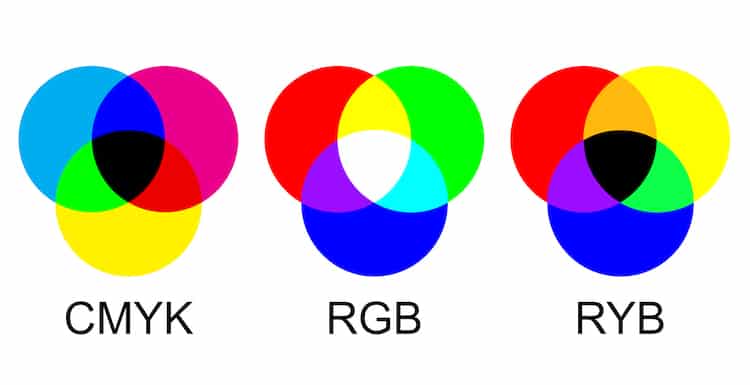 Primaries are hues that can produce a large range of colours.

There are different sets of primaries.

RYB on the right is the most familiar model called subtractive colour mixing as the colours absorb the light until becoming black.

CMYK (K=Black) are also subtractive primaries, used in printing, red is swapped for magenta and blue for cyan to produce a wider range of colours.

RGB primaries are ‘additive primaries’ coloured lights shone on black until all are mixed to produce white, used for televisons and computer screens.

A Short History of Colour Wheels 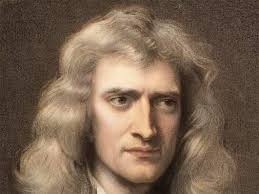 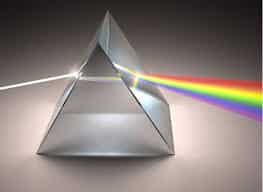 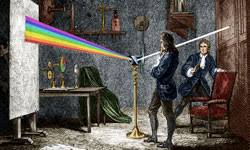 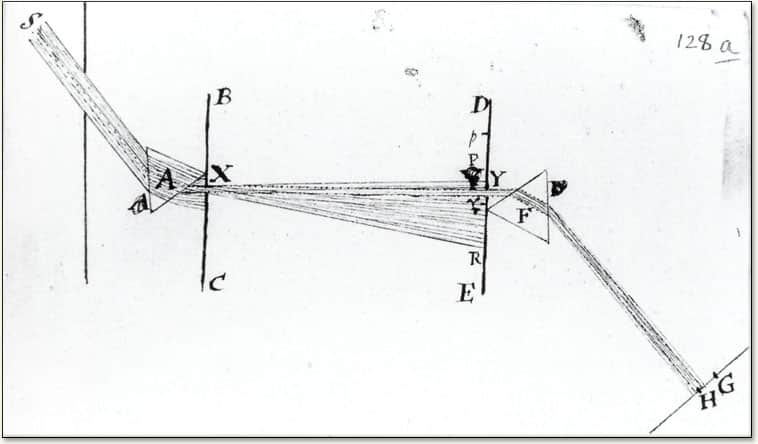 Before Newton’s discoveries it was commonly known that a prism would produce all the colours of the rainbow, the common theory was that the prism added impurities to the ‘perfect’ white light.

Around 1665 Isaac he produced an experiment with two prisms that proved it was not the prism that was colouring the light: but that the colour was already there in the light.

He then directed this light into a second prism which went on to shine on a wall and the light was still green, this proved that nothing was added by the prism.

Therefore proving that white light was made up of all the rainbows individual colours and that surfaces/ objects refract light into colours.

He created the first colour wheel in 1704

He also divided the wheel by the musical scale for some reason? click here for a better explanation

His experiments showed that red, blue and yellow were the primary colours and with these all other colours could be mixed. (not quite true apparently)

He arranged the colours into a circle which was useful to artists to show the complimentary colours, that would enhance the other colour’s effect through optical contrast. 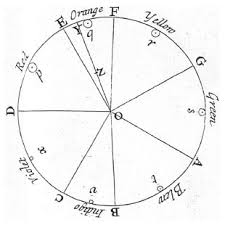 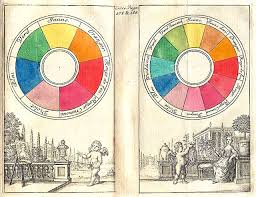 A colour wheel with 12 hues. 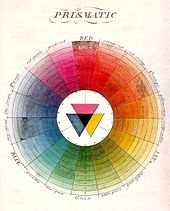 Also working with prisms  he produced the ‘inverted spectrum’ of yellow, purple and turquoise.

He realised Newton must have missed something. saying that darkness also has an effect on colour, colour is  also based on contrast, that it was not fair to say that colours  are only produced by white light, colour is created between light and darkness.

Goethe realizes that the sensations of color reaching our brain are also shaped by our perception.

He arranged the colours in what he called their ‘Natural Order’ in a symmetrical colour wheel. 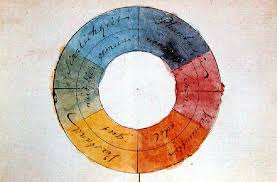 You perceive something RED  to be RED because it reflects RED light and absorbs all other colours except the RED light falling on it. 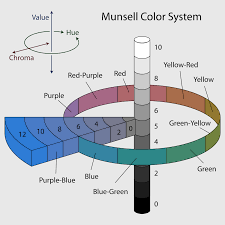 Established a system that accurately identified every color that exists.

The mixture of blue and yellow light makes white, but the same mixture in paints makes green.

If you have a few hours to spare you could read this: 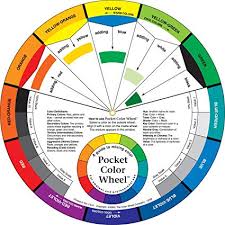 Rightly and probably Wrongly this is my colour wheel.

Colour can be an extremely confusing and complicated subject. Having read quite a lot and watched quite a lot of videos on the subject,  I conclude that it is very useful to put your colours from your chosen palette on a homemade colour wheel, thus learning the relationships between colours and how to mix bright or neutral colours, and committing it to memory as much as possible. 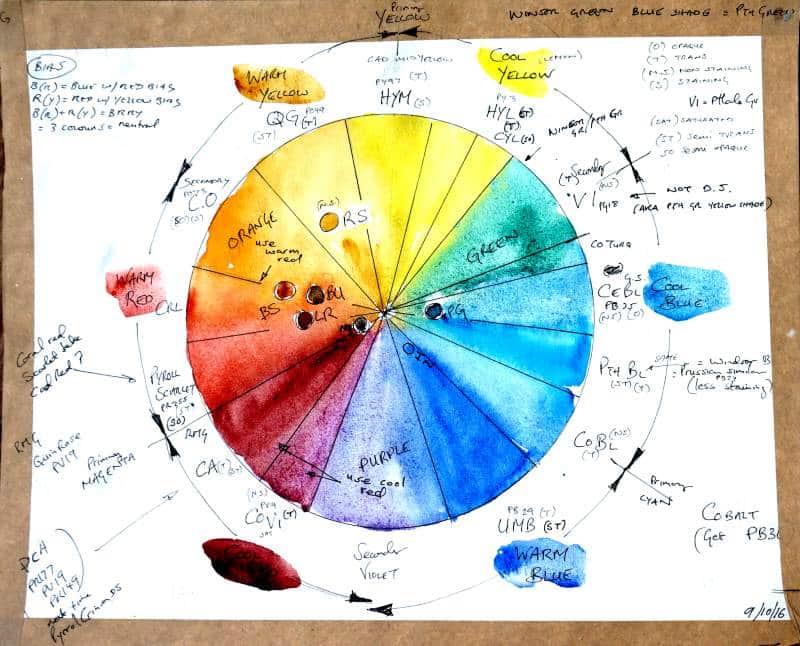 Although the top diagram below is back to front compared with mine ,I found it useful for finding where the diferent pigments lie when creating my own colourwheel.
It shows for example that Hansa Yellow Light Y3 (HYL) is closer to Cobalt Blue than Hansa Yellow Medium Y97 (HYM).
Therefore if mixed together HYL + CB will give a brighter green than HYM + CB.

It also shows for example that Quinachradone gold is between my Pyrrole Red and my Hansa Yellow Medium.

I chose Antwerp Blue for my dark blue for it's non-staining qualities, however as it doesn't show below, therefore I simply 'google' 'Antwerp blue handprint' to see a list of blues https://www.handprint.com/HP/WCL/waterb.html and scroll down till i find antwerp blue in the list of pigments PB27 with prussian blue which i can then locate on the diagram below. 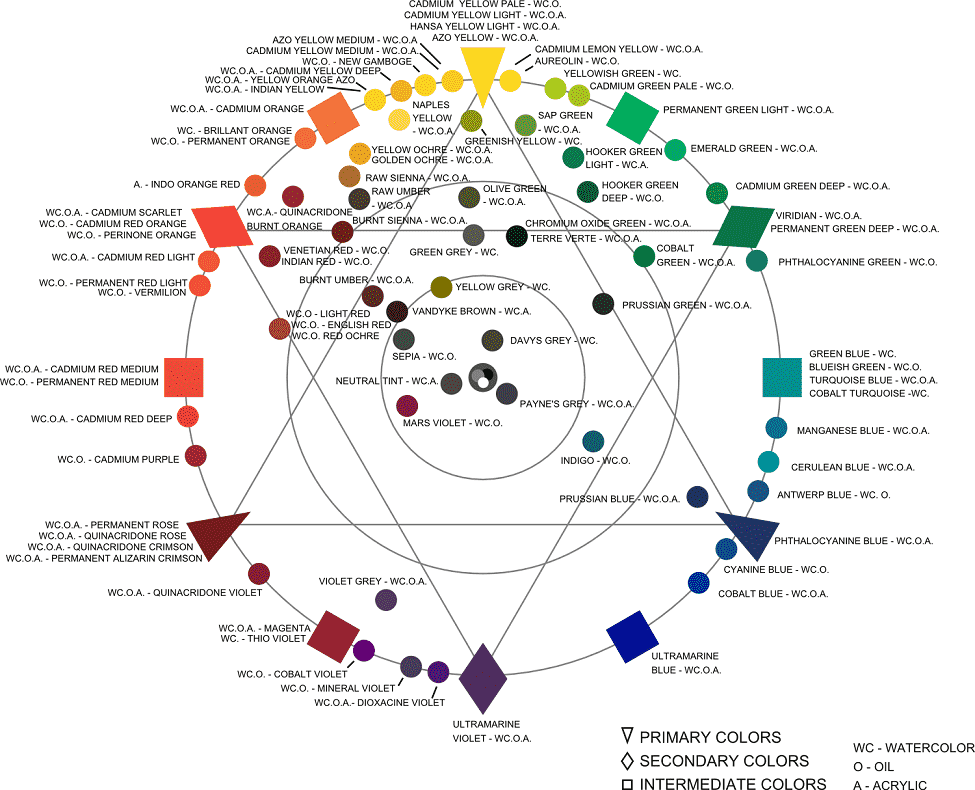 That's enough now I have a headache!